Thassos is an island in Greek that is located in the northern Aegean-Sea, near the coast-of Thrace & the plain of river Nestos but it’s geographically a part of Macedonia. It’s the northernmost Greek-island, and the twelve largest in size.

It lies just-off the coast of Macedonian in the north east of main-land Greece. Fabulously wealthy back in ancient times, because of the large deposits-of marble and gold, Thassos today lies outside the top-league of Greek holiday-islands but it’s still has much more to offer visitors. 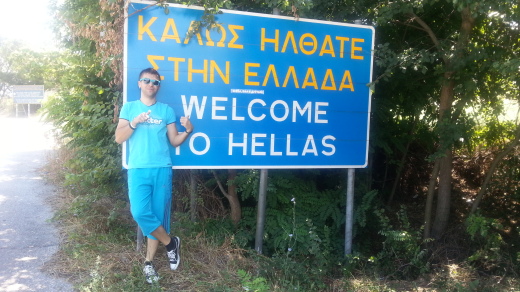 A brilliant coast road rings the whole of the island, providing efficient and easy access to all the numerous sandy beaches which pepper the highly attractive coastline. However, Thassos somewhat fails to feature or appear in some of the holiday brochures so it’s somewhat of a hidden-gem and is spared the huge holiday crowds which mar numerous Greek islands.

The many pine trees which carpet most of the Thassos Island have led-to it being dubbed an Emerald Isle-of Greece. Beaches, which are mostly sandy, are well dotted all-round the coastlines with a wide-variety to offer, from the large, deep sandy beaches which have plenty of amenities and facilities to the small, idyllic hide-away coves. 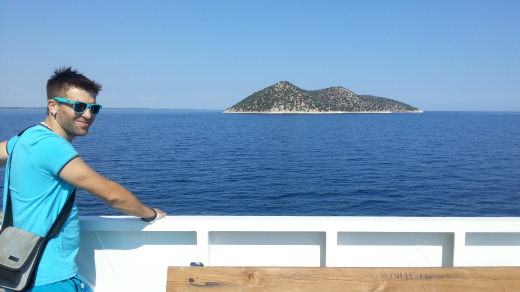 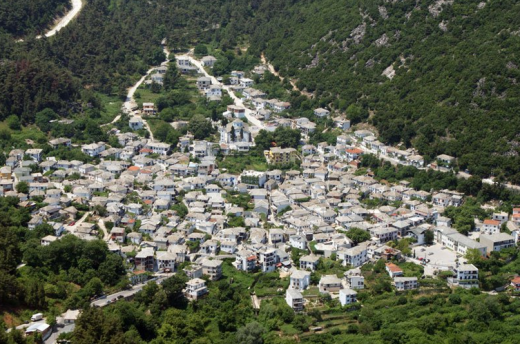 The towns & villages with more than 100 inhabitants include:

Thasos Town, also locally known as Limenas, is this island’s main-town, but its’ main port lies east at Ormos-Prinou. The island was once split into 2 by a great port on the east side & a cement wasteland on the west, and a lot has been done so as to widen its’ appeal. The marble laden lorries which once heaved-through the town center now go west & the new-port has been repaved and replanted with some really attractive shrubs.

The most pretty part of Thasos Town is still an old-port where traffic ban paves way for taverna-tables and street stalls that are piled high with Thasos honey. This area still gets well swamped with tourist hungry tavernas where they enjoy a warm, rustic-atmosphere with brightly painted fishing-boats bobbing against quays-strewn with fishing nets.

The beach basically lies east of old harbor and it is deep & long. Tarted up now & then with lorry loads of sand, it’s still a really pleasant spot which has shallow waters and sunbeds. Tavernas perfectly line the road that is behind the island’s beach where the attractive tamarisk-trees offer plenty-of natural shade. Limenas offers several archaeological sites. Agora, which is next to the Archaeological-Museum has some really impressive Roman-foundations, while an amphitheatre-in the hills that are above, hosts various summer performances against-a-backdrop of amazing views over bay.

On the hill-ridge above, are well restored city walls & the remains of Acropolis, with temples-to Apollo & Athena. West of Thasos Town, there is a coastal-track which leads to a string-of small beach coves which are collectively known as Agios-Vasilios. Each of the coves has a beach-bar, a taverna or a small hotel; all of which serve as great allures for all those who prefer staying close to town. 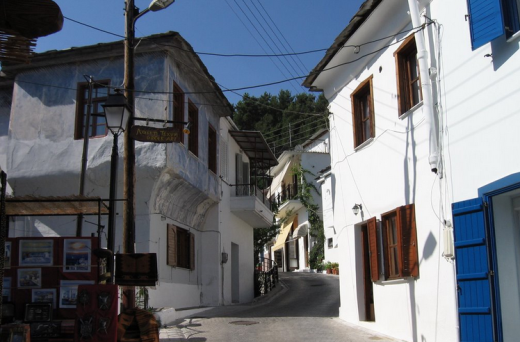 The coast beach-resorts of Thasos

The more mountainous east-coast of Thasos is covered with thick pine-forest, liberally criss crossed with hill-tracks & fire breaks. Main-road from Limenas appears to cut inland and then rises steeply through tortuous-bends to hill villages of Potamia and Panagia before dropping down-to Golden Beach (that is, Chrisi Ammoudia) & Skala Potamias (that is, Chrisi Akti). The mountain villages like Potamia and Panagia are a major draw-for both ad hoc visitors and organized coach parties. 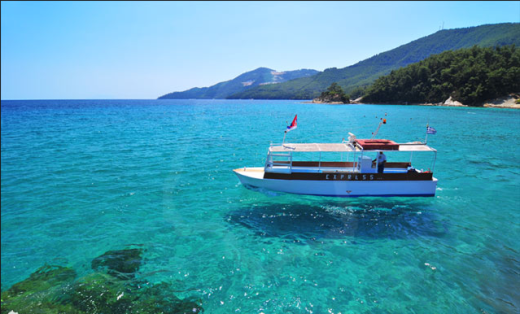 Leaves from surrounding trees co-agulate into great black-mounds, slumped to appear like beached-whales on shoreline. Makryammos is basically a great family beach-of sharp white sand & shallow waters. It is also a favorite target for day trip boats that tie-up at a breakwater. 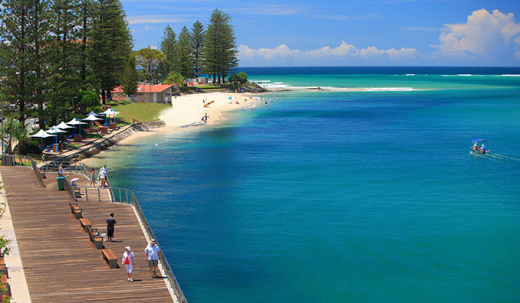 The east road out-of Limenas climbs steeply-to the picturesque Panagia (pronounced as Panahia) hill villages and Potamia or Potamis, both major tourist draws because of their woodland position that is above coastal resorts of Golden Beach and Skala Potamias. In the Panagia village center, the tavernas and cafes cluster around a central-fountain that gushes water from the local springs. Paved-streets head to hills where several walking trails are, through the wooded hillsides & valleys.

The more-adventurous people can tackle Mt.-Ipsarion which looms over 1,000 meters above, the rest may enjoy the lush-countryside with walks which offer some fine views over a bay below. There are booklets which have details pertaining to the local treks which are sold at various shops in Limenas.

Potamia, which is also called Potamias or Potamis, is much quieter than Panagia because the main-road by passes the village. This village has a soporific-air with a few cafes on narrow streets. The Greek-American artist by the name Polygnotos-Vagis was born in this village & there’s a small museum in the village that is devoted to his main works. Like Panagia, Potamias area is a favorite for many walkers, with most of the woodland paths leading up to the hills. The trails also lead all the way down to sands at Skala-Potamis and the Golden Beach, which are about 4 kilometres away.

Excursion boats on quayside at Limenas head-out daily for the sandy, long bay at the Golden Beach. This beach is long & deep, with some low dunes & large areas-of scrub which are stretched-out over large, flat plain that lays behind. The long deep sands narrow at the middle-of the bay & disappear beneath the rocks and the shingle before they emerge to the south.

Thassos has an estimated area of three hundred and ninety square kilometer with a population of around thirteen thousand people. …