Mythology of Thassos is ancient story. A lot of stories, history places, landmarks etc. Like with many other islands around Greece, Thassos has its own line of mythological stories. The island is home to a number of fascinating stories that are truly amazing to explore.

The ancient Greek god Zeus has a strong connection to Thassos. It is believed that Zeus once transformed into a bull, captured Europa and had three sons with her. The Thassos name was given to the sons of Zeus by Agenor. 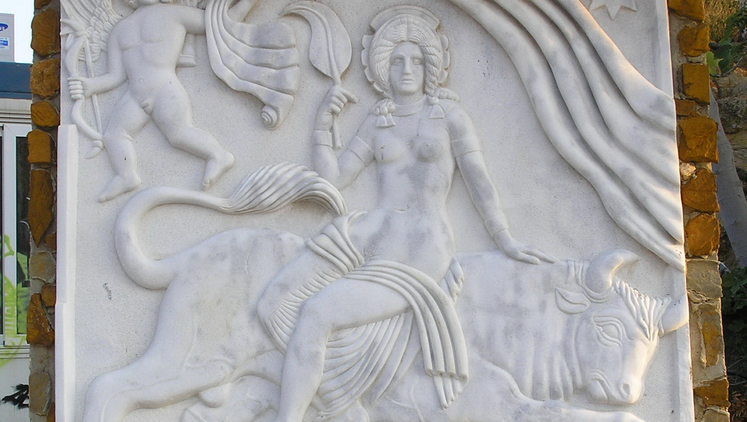 Agenor ordered many men to go around Greece to search for Europa. They traveled along the lands and were unable to find Europa. Many of the men who were looking for her were amazed by the climate and atmosphere of Thassos and gave up looking for Europa as they found the land to truly be amazing. The Thassos name was given to the island in honor of those that they had been looking for when they found the island in the first place.

Another myth came from the famous stories of the Greek hero Odysseus. The Sirens, amazing female creatures that would sing to men to lead them towards their fates, were believed to have been living on Thassos. Whether or not the men would be led to their graves in Thassos was never fully certain in terms of the stories and reports that were uncovered with regards to the island in general. 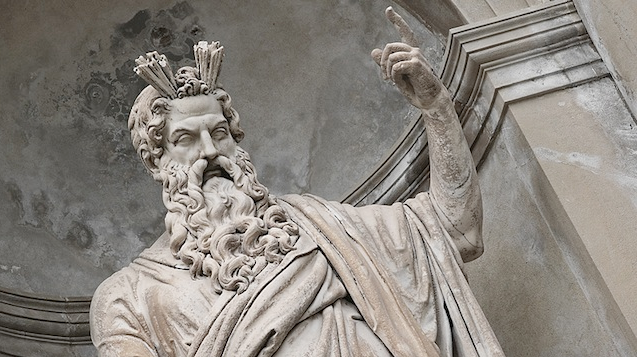 Thassos had its own patron god in Heracles, a god that was closely related to the great Melkarth. In addition, these were sections that had specifically honored the sea god Poseidon and the hunting goddess Artemis.

The wine god Dionysus was often celebrated on Thassos by the ancient population. Dionysus and his many satyrs were honored in orgy-like rituals on the island. These feasts were given as a means of giving their thanks to Dionysus for blessing the lands with plenty of space for making wine and preparing the materials needed to make it all work.

The Archaeological Museum of Thasos is located in Limenas and it portrays Greece’s ancient civilization. It was constructed in 1934 and has been under renovation since 1990.This is one of the main attractions on Thasos Island. It is the best place to visit if you want to learn about the island’s past. The museum features architectural members, pottery, and sculpture.

At the museum entrance, visitors can enjoy the imposing statue of Kouros. This statue stands at 3.5 meters. It is considered one of the initial forms of Hellenic sculpture. Archeologists believe that it was sculpted in the 6th century BC. It was designed for Apollo’s altar. Kouros is one of the most prominent exhibits in the museum. It is a statue of a naked man with a ram in his hands. 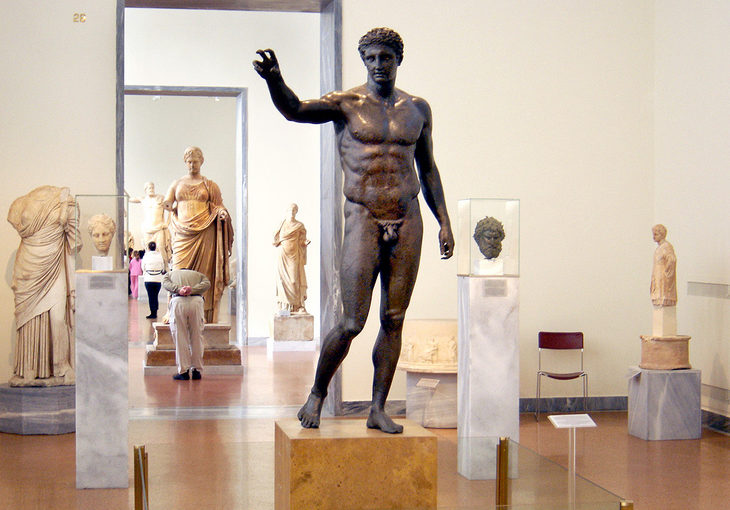 Another striking exhibit is the head of Dionysus, an intellectual. It was sculpted between c. 350 and 300 BC. Its femininity aspect and incredible expression makes this a magnificent piece of art. Visitors also get to see the statue of Emperor Andrianus, another notable piece of art at the Archeological Museum of Thasos. There are several other striking busts and sculptures to explore during your visit to Thasos Island. 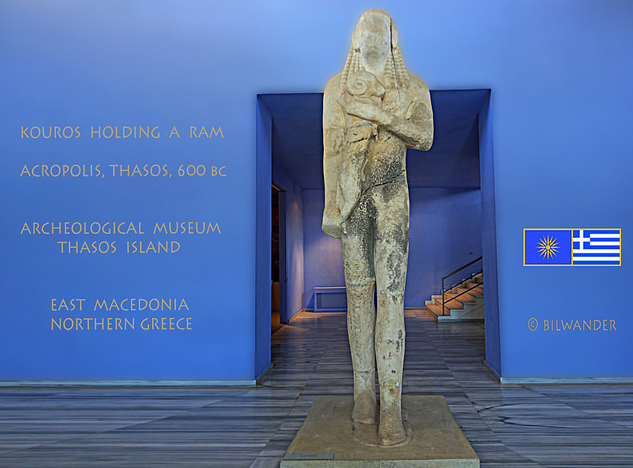 Ancient ceramics such as a Cycladic dish are also on display in the museum. This piece of art is revered for its color range and technique.

Visitors also have an opportunity to learn about Theagenis, a renowned boxer and wrestler who excelled during the Olympic Games in Greece in c. 480 BC. 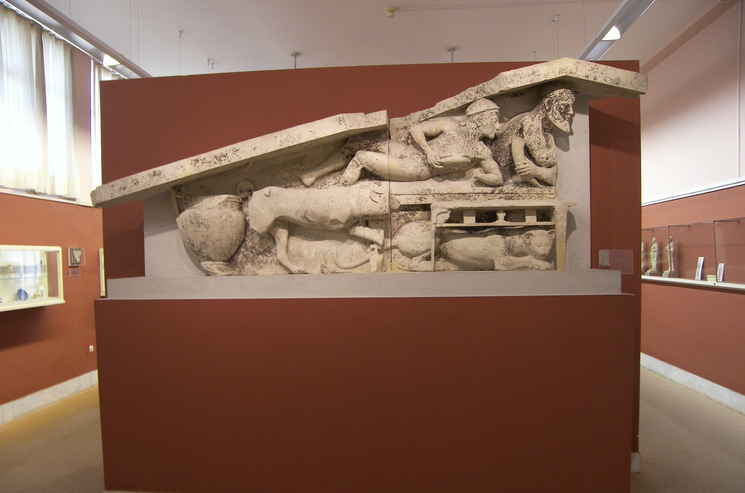 Young visitors can also enjoy a visit to the museum. It hosts special tours for kids. During the tours, kids get to explore the exhibits in an education and entertaining way. This makes the Archeological museum of Thasos an ideal destination for families. The tours are conducted by knowledgeable locals who are committed to making every person’s visit enjoyable and memorable.

More details at next page about mythology and archaeological:
http://www.greece.com/destinations/Macedonia/Thassos/ 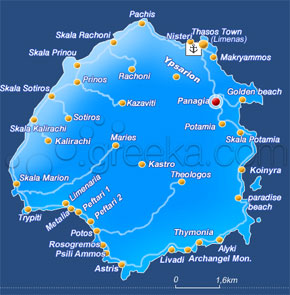